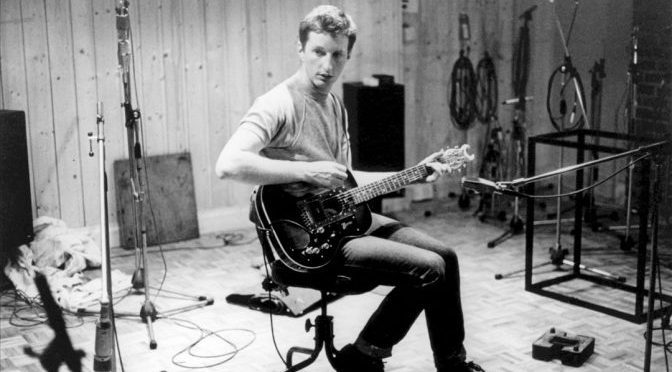 In Leon Gast’s outstanding boxing and cultural documentary, When We Were Kings, Norman Mailer spoke about a critical moment in the fight between Mohammed Ali and George Foreman in Zaire when, after a rain of blows, Ali watched Foreman, like an American Adam, stagger to the canvas.  Ali might have made a certainty of the bout by delivering a knock-out blow as Foreman descended, but as Mailer noted, Ali didn’t want to ruin the aesthetic of the moment by delivering a cheap shot on the way down.

I was going to open this article on Billy Bragg by suggesting that the commercial hits of great musicians are often hideous in their banality and don’t belong anywhere near the pantheon of their great songs.  I’m thinking here of Beck’s ‘Loser’, Pavement’s ‘Cut Your Hair’, Nirvana’s ‘Smells Like Teen Spirit’ or The Lemonheads ‘Mrs Robinson’.  There is something of the modish – a cynical marketing angle contrived to appeal to a demographic on some insidious points/cash nexus – lurking behind such songs, and Billy Bragg’s ‘Sexuality’ arguably fits within this awful phenomenon.

However, Bragg’s career is so long, his lyric writing so unbelievably good, that I don’t want to deliver any clumsy punches which might ruin the aesthetic of such an outstanding song-writing career.  Bragg turns 60 this year so as part of our series on outstanding lyricists, I’m going to present my top 10 Billy Bragg songs on the lyric front, which is no mean feat.

To me, Billy Bragg’s best years are from 1983-1991.  There is an energy, raw charm and insights into relationships in this period that hasn’t been replicated since, presumably because these were the best/most turbulent years of his life and also one of political combat which is clearly one of his inspirational wellsprings.  The following are not necessarily my favourite Bragg songs but they certainly have some of the greatest lines.

In the end it took me a dictionary / To find out the meaning of unrequited / While she was giving herself for free / At a party to which I was never invited.

I saw two shooting stars last night / I wished on them but they were only satellites / Is it wrong to wish on space hardware? / I wish, I wish, I wish you’d care

Poetry and flowers pretty words and threats / You’ve gone to the dogs again and I’m not placing bets / On you coming home tonight anything but blind / If you take me for granted then you must expect to find / Surprise, Surprise / Valentine’s Day is over, it’s over

*Originally appeared in In Review